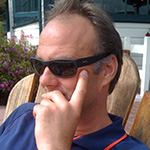 The driving force behind Supermodelli. German-Italian who had a 20 – plus year career in Frogdesign’s model shop, most recently as its director. True to the European heritage, Rolf combines a passion for Italian design with the rigors of German engineering. Rolf embodies the most highly sought – after traits in the product development field, those of deep domain expertise, broad creativity, unwavering quality and ahead-of-schedule delivery that are, quite frankly difficult to replicate. 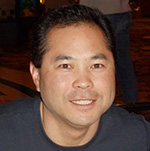 Dan Nawatani is director and co-owner of Supermodelli, LLC.  He primarily assists in the day to day operations of the business which involves management of project work flow, supervision of the shop floor as well as handling administrative details.  Before joining Rolf in launching Supermodelli as a full time operation in 2009, Dan served at the Frogdesign modelshop from 1996 to 2009.  This is where he developed skills as a modelmaker in the product development world as well as eventually becoming the senior modelmaker.  Before joining Frog, he served at the NASA/Ames model development facility from 1994 to 1996 where he originally began his training in the model making profession.